JASNA and Jane Austen in Philadelphia 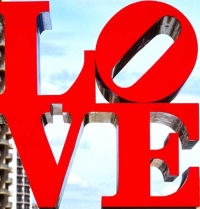 Philadelphia has many connexions to Jane Austen. (Did you know that Jane Austen had an Aunt Philadelphia?) The city has been home to two JASNA Annual General Meetings, the fifth in 1983 and the thirty-first in 2009. Philadelphia was the first city in the United States to publish one of Jane Austen's novels: Emma, in 1816. Philadelphia's rich history has made it the home of many other "firsts" as well. 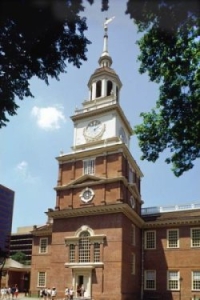 The Rosenbach Museum houses Austen first editions and a rosewood chest that belonged to the Prince Regent. In a letter dated December 18-19, 1798, Jane Austen wrote to Cassandra, "I have changed my mind, & changed the trimmings of my Cap this morning; they are now such as you suggested;—I felt as if I should not prosper if I strayed from your directions, & I think it makes me look more like Lady Conyngham now than it did before, which is all that one lives for now." Lady Conyngham was one of George IV's mistresses, and it is thought that she took the rosewood chest with her when she left the prince after nursing him during his final illness.

Founded in 1731 by Benjamin Franklin as a subscription library, the Library Company of Philadelphia is the oldest cultural institution in the United States. During the Revolutionary War and until 1800, it served as the Library of Congress. Till the1850s, it was the largest public library in the country. Currently a non-circulating independent research library, the Library Company owns a first edition of the 1816 Philadelphia Emma and a bound edition of James and Henry Austen's periodical, The Loiterer. 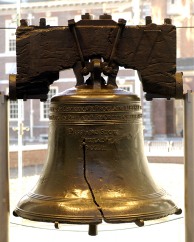 The catalogue of the Charles Patterson Van Pelt Library at the University of Pennsylvania lists first editions of Sense and Sensibility, Mansfield Park, Emma, Persuasion and Northanger Abbey, as well as the 1830 editions published by Carey & Lea in Philadelphia.

M. Carey, the publisher of the first American edition of a Jane Austen novel (Emma in 1816), was located at what was then 121 Chestnut Street. The lots have since been renumbered, and historical researchers have determined that the building that housed Matthew Carey's print shop was located at what is now 331 Chestnut Street. The building no longer stands; in 1851, it was converted into Samuel Miller's Chestnut Street Boarding House, and demolished in 1879 to make way for the Fidelity Insurance, Trust & Safe Deposit Company building. The office building that currently occupies the site at the corner of 4th and Chestnut Streets was built in the 1950s. The publishing house stood approximately where a luncheonette now stands.

Benjamin West's painting Christ Rejected by the Elders is owned by The Pennsylvania Academy of Fine Arts. Jane Austen saw this painting in 1814, when it was exhibited in London. On September 2, 1814, Jane wrote to her friend, Martha Lloyd, "I have seen West's famous Painting, & prefer it to anything of the kind I ever saw before. I do not know that it is reckoned superior to his 'Healing in the Temple', but it has gratified me much more, & indeed is the first representation of our Saviour which ever at all contented me. 'His Rejection by the Elders', is the subject.—I want to have You & Cassandra see it."

Pennsylvania Hospital, the nation's first hospital, was founded by Benjamin Franklin and Dr. Thomas Bond in 1751 and has been in continuous operation ever since. The other painting that Jane Austen referred to in her letter, Christ Healing the Sick in the Temple, was painted in 1811 for the hospital, but was instead sold to the British Institution (now the National Gallery), where Jane Austen no doubt saw it. In 1817, West made a copy for the hospital.

Photo Credits: All photos by B. Krist, courtesy of the Greater Philadelphia Tourism Marketing Corporation.